(NEW YORK) — When it comes to vaccines, experts agree that a hassle-free single shot is always preferred over a two-shot vaccine requiring multiple trips to the doctors’ office.

“In the history of vaccines, anything that has been a two-shot vaccine has been a pain in the neck,” said Professor Arthur Caplan, the Drs. William F. and Virginia Connolly Mitty professor of bioethics at New York University Langone Medical Center.

When it comes to new vaccine candidates for coronavirus, scientists need to answer a lot of questions: Is the vaccine safe? How should it be delivered? How long can immunity last?

But another key question is how many doses are needed.

Others, such as the one being developed by Oxford University and Astra Zeneca, are testing a single shot as well as a two-shot regimen to see which works best.

The answer to why different vaccines need different numbers of shots may lie in both the safety and effectiveness of current candidates.

“These single-shot vaccines are often limited to one shot because of limitations in technology,” Joseph Payne, president and CEO of Arcturus Therapeutics — which is also developing a COVID-19 vaccine candidate — told ABC News. “These vaccines use viral delivery systems, and they are limited to one shot because there is an undesired immune response to the second administration.”

There are two sides to every story, however. Sometimes, having more than one shot is actually beneficial.

Two-shot vaccines have the added benefit of stimulating a longer, sustained immune response.

“We know that a second shot will likely increase the immune responses,” Dr. Dan Barouch, professor of medicine at Harvard Medical School, told ABC News. “We do think a two-shot vaccine would raise more robust response.”

“In humans we’re actually testing both,” added Barouch, referring to Johnson & Johnson’s vaccine candidate, which this week moved into phase 1/2 trials in people.

New vaccine technologies are, however, being developed — ones that only need one shot, but generate a sustained, yet controlled, immune response.

For example, the Arcturus vaccine developed by Payne and his colleagues uses a special technique. The vaccine contains a small piece of genetic material, which not only instructs the body to produce a protein that will trigger an immune response, but also adds an extra packet of instructions that effectively helps turbocharge the amount of protein produced.

This turns up the immune response, without using a viral mimic — reducing the side effects.

“Our vaccine mimics the [corona]virus, without just ‘killing’ the coronavirus and injecting it, meaning it’s safer,” Payne told ABC News.

But with current data, it isn’t clear whether the vaccine can generate immunity after just one dose. Amidst ongoing questions about the nature and duration of coronavirus immunity, it might be the case that these vaccines will need booster doses later down the line.

But Payne is hopeful.

He explained that vaccine durability relies on stimulating two key “arms” of our adaptive immune system: antibodies and T-cells.

“There are two aspects of vaccine durability — one is the antibody response, the other is the T-cell response,” Payne told ABC News. “Most vaccines generate antibodies, but what everyone wants to get is T-cells. If you can do both, you can use a single shot and be done.”

Early evidence suggests their vaccine does trigger both antibody and T-cell production.

There are undoubtedly benefits of a single-dose vaccine, including convenience. People don’t want to come back for second shots, which means some people have incomplete courses of the vaccine, offering minimal protection and potentially wasting the first shot.

The second benefit of a single-dose vaccine is cost. It’s no surprise that producing just one dose of a vaccine is cheaper than having to produce two or more per person.

Having a vaccine is important to curtail the pandemic, but also crucially important if the virus becomes endemic with a constant background rate of infection.

When it comes to developing vaccines, each virus behaves differently and needs its own tailor-made solution. The race for a coronavirus vaccine is well underway, and one-shot vaccines could emerge as the most competitive candidates.

Are some people already immune to COVID-19? 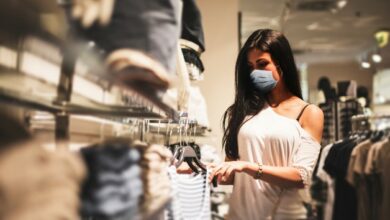